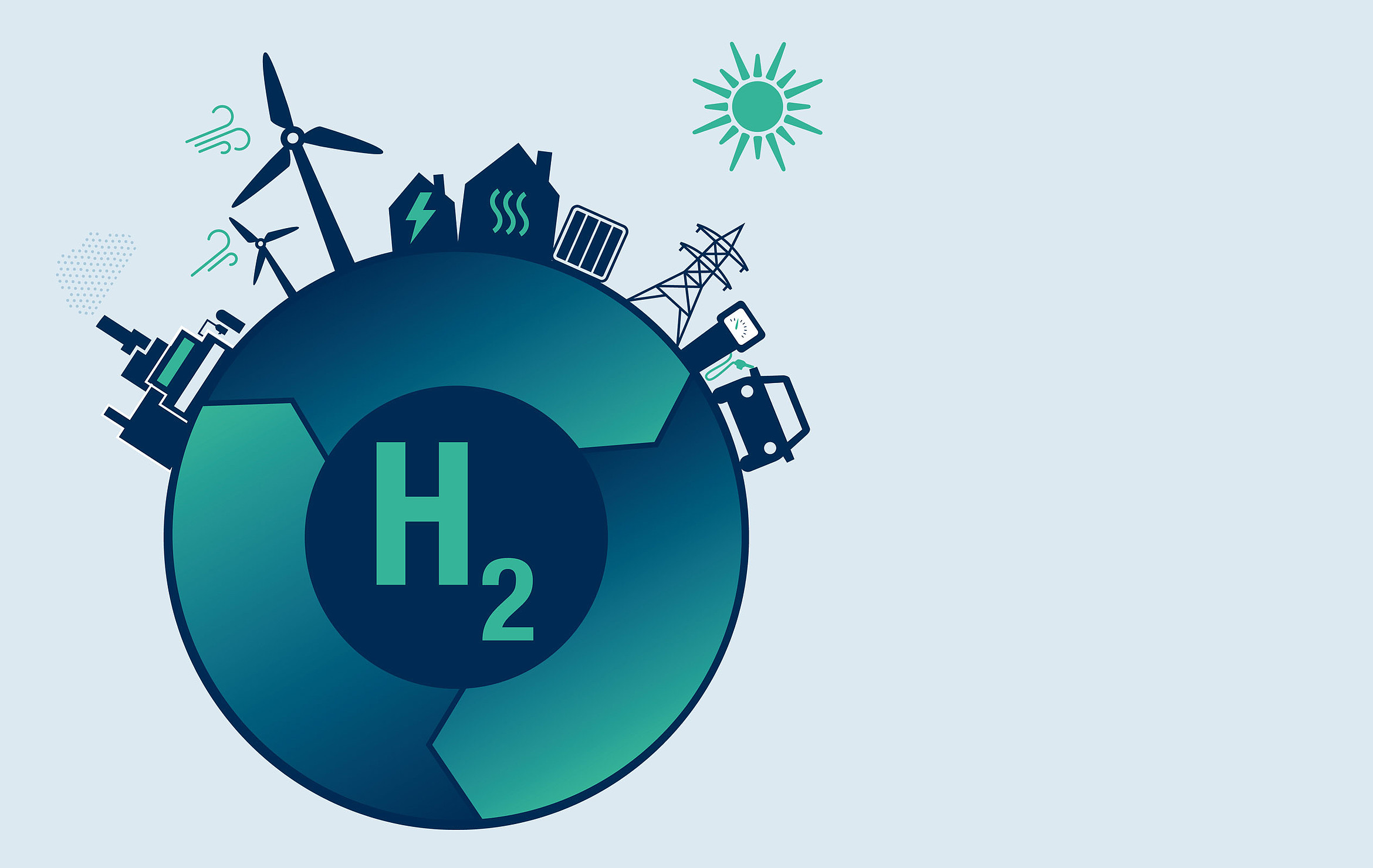 Hydrogen and the Energy Transition

Hydrogen can contribute greatly to protecting our climate – be it as a car fuel, as a feedstock for the industry or as a heating fuel. This makes the versatile energy carrier, which can be used across all sectors, a key player in the energy transition. Power-to-gas plants produce green hydrogen in a carbon neutral fashion from renewable energy sources, which can thus be effectively stored in and transmitted through the gas grid.

To the issue
Integrated Energy

The gas, electricity and heat sectors regularly show energy surpluses. By means of sector integration, these surpluses are converted into other forms of energy.

To the issue
Power to Gas

Key-Technology of the Energy Transition

Climate Protection and Reliable Energy Supply for All Sectors

Hydrogen – Energy Carrier of the Future 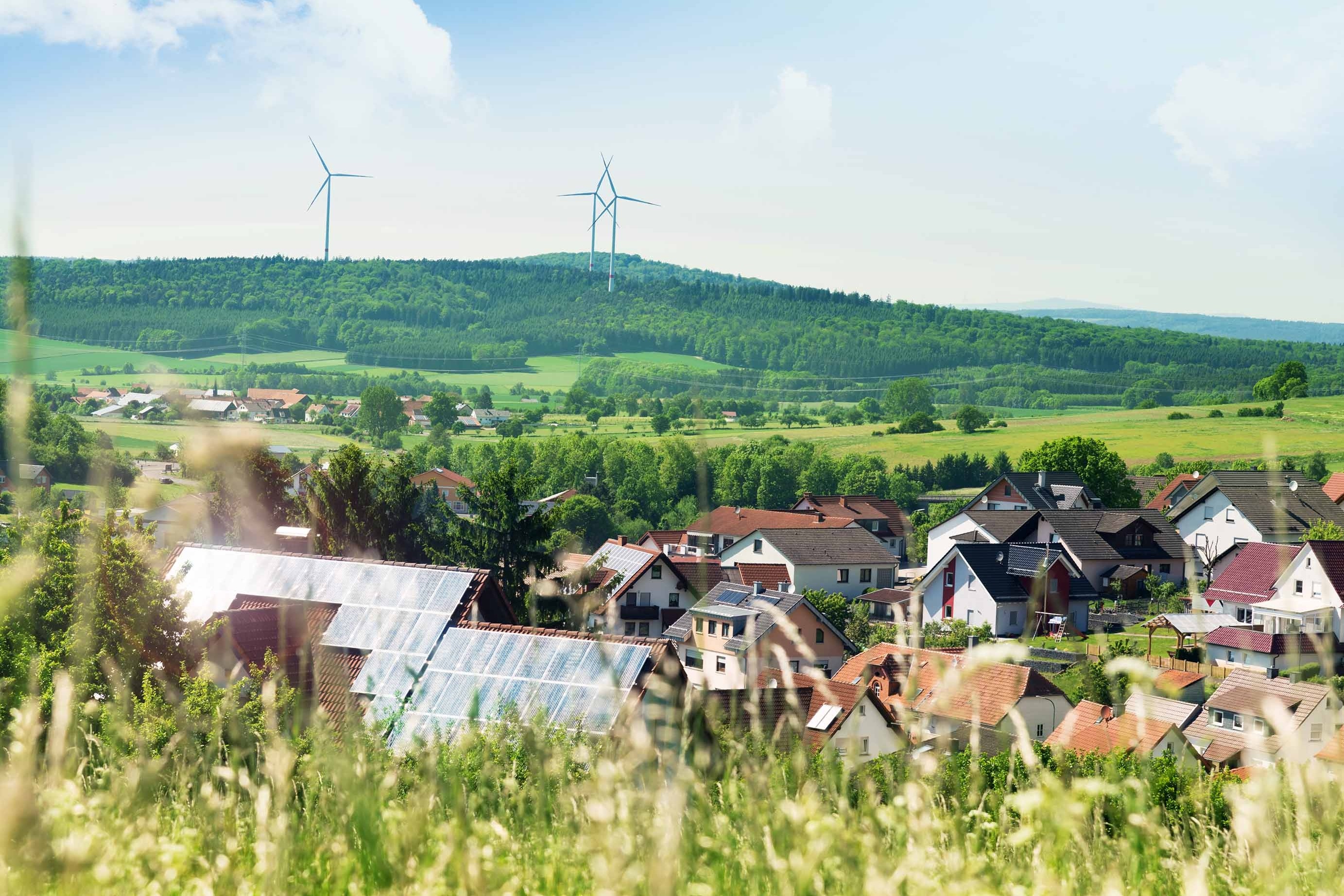 One of the key challenges associated with the energy transition – i.e. the transition from fossil fuel to renewable forms of generation – is the problem of energy storage. The two most important renewable sources of energy, wind and solar, do not produce constant levels of power, so that the generation of power varies depending on the weather and time of day.

Variable supply of wind and solar

Today, renewable energy generation plants and/or wind turbines frequently need to be switched off in windy conditions because the power grid is unable to absorb the excess electricity produced. This entails high redispatching costs. Moreover, vast distances have to be covered between north and/or east Germany, where most of the wind farms are located, and west and south Germany, where the largest consumers are based. In other words, electricity has to be transmitted over many kilometres, which is impossible without extending the existing grid on a broad scale.

The so-called dark doldrums, i.e. when the wind is not blowing and the sun is not shining, present another challenge as almost no renewables can be produced while this phenomenon lasts. If most of our energy is to be generated from wind and solar, we will need long-term storage and effective transmission options. The variable power generation by wind and solar needs to be separated from energy consumption in terms of both space and time.

Hydrogen can help solve the renewables storage problem and offers a real opportunity to link the hitherto separate sectors of power, heat and mobility. Power-to-gas uses electrolysis to generate green hydrogen from wind and solar. Unlike electricity, hydrogen can be stored over long periods of time, and it can be transmitted over vast distances with almost no loss.

The existing gas grid has the potential to store huge amounts of excess electricity. This would serve not only to relieve power grids and thus help stabilise them but might also reduce the need for power grid extensions. The existing infrastructure can be used to supply fifty percent of the total number of German households with green gas. Hydrogen generated from renewables can thus be converted back into electricity and used for e. g. carbon-neutral heating or fuel cell heating systems. 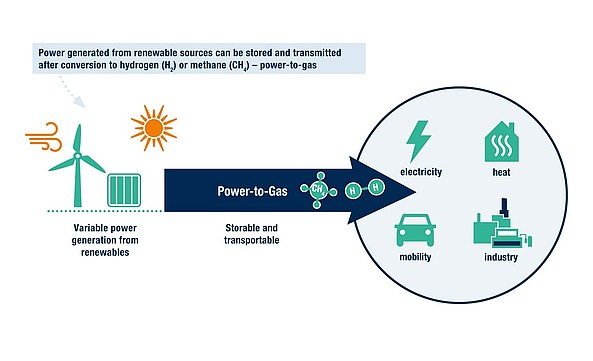 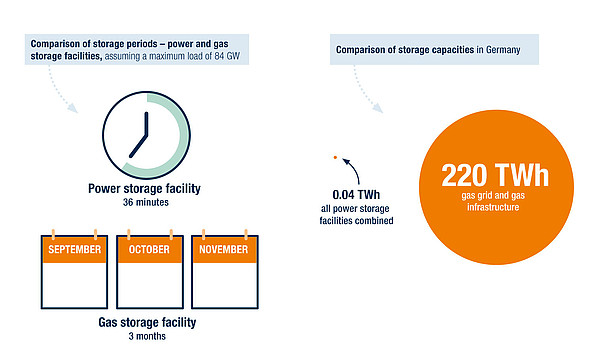 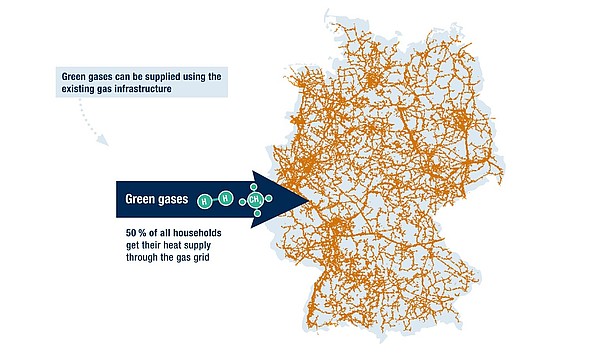 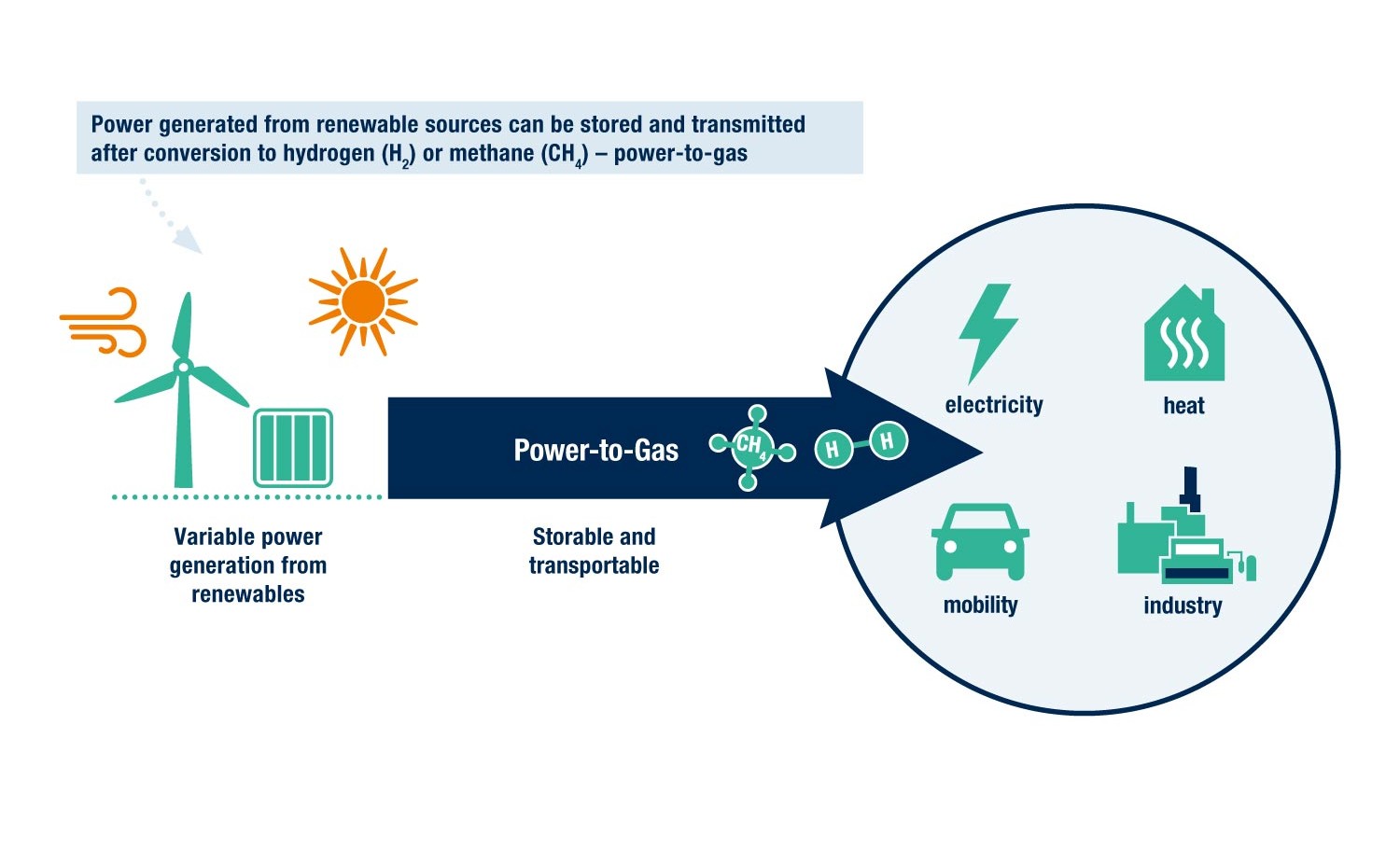 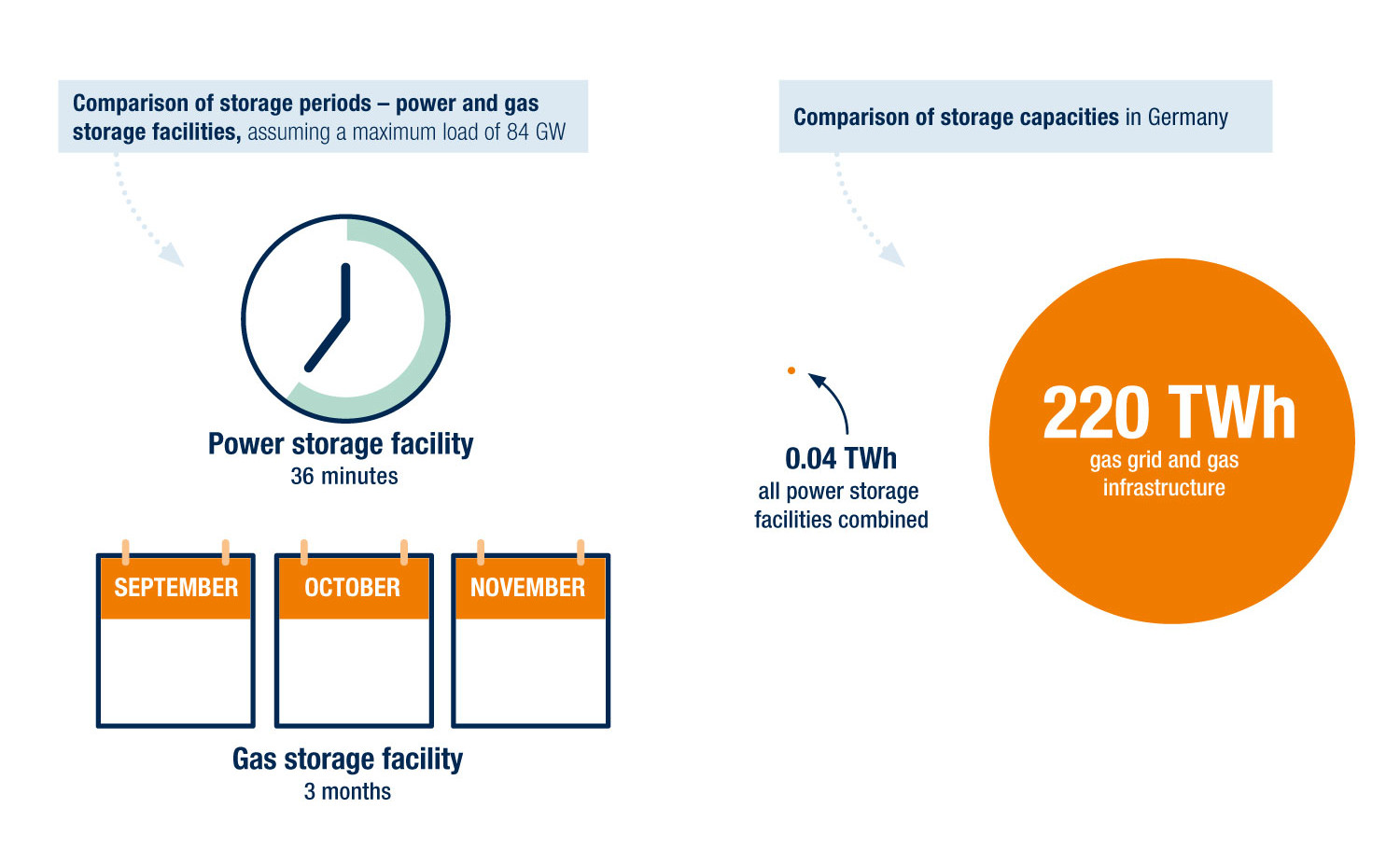 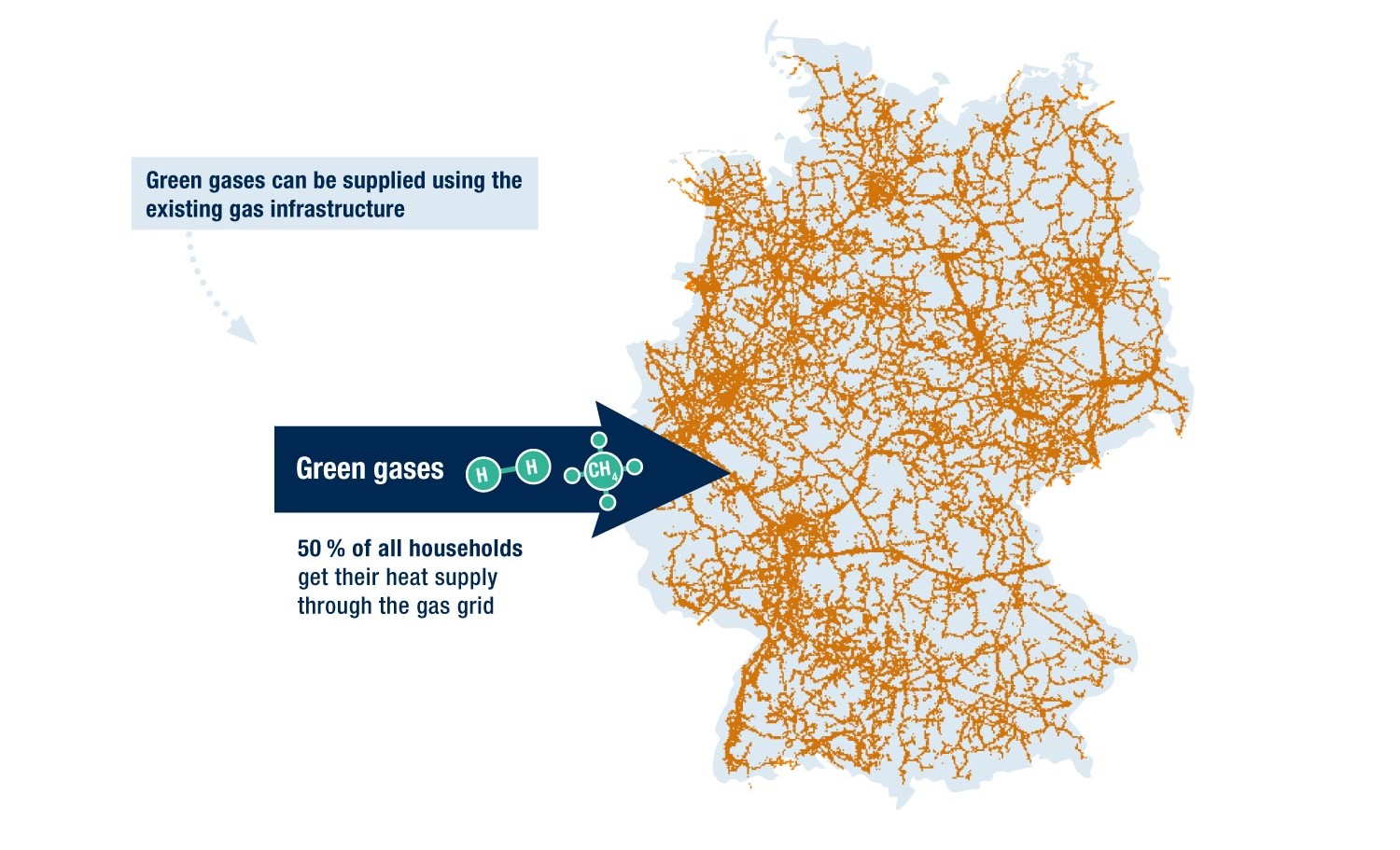 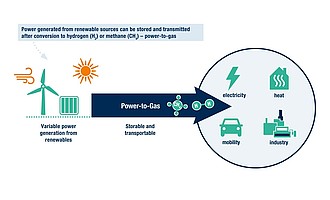 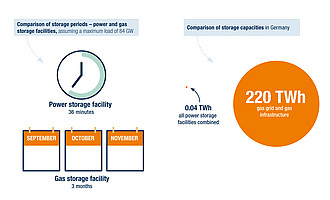 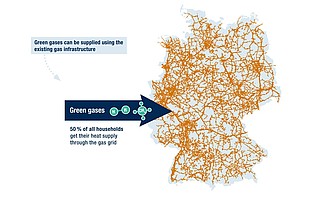 At a glance
All you need to know about hydrogen, in a nutshell:
What is hydrogen? 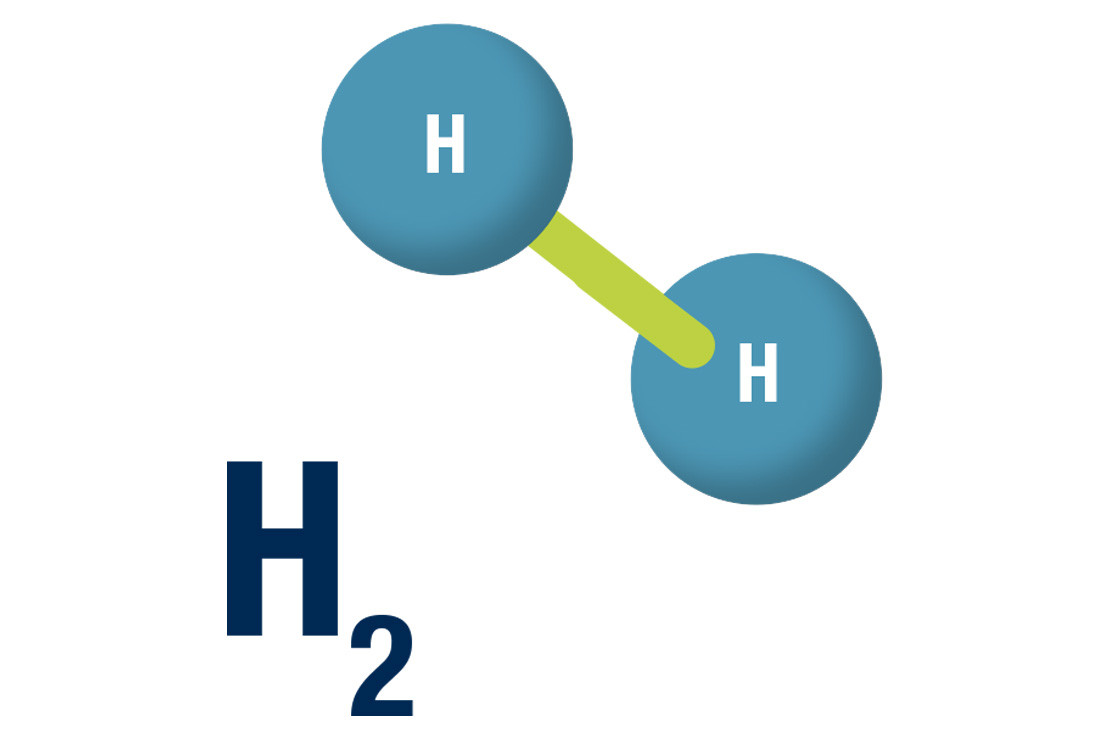 Hydrogen is the most abundant element in the universe and, consequently, is number one in the periodic table. On the Earth, hydrogen is found mostly in compounds like water, for instance. It is available in almost unlimited quantities. However, hydrogen has to be extracted for use as an energy carrier. Unbound hydrogen is a colourless and odourless gas. Like natural gas, hydrogen can be pressurised; it can be stored and transmitted under high pressure or in liquid form. It contains three times as much energy per unit of weight as petrol.

How is hydrogen produced?

There are several ways to produce hydrogen. The source of energy and the method determine the CO2 reduction benefit.

Hydrogen is predominantly made by steam reforming of natural gas, a process that produces hydrogen with carbon dioxide (CO2) as a by-product. The CO2 that is produced in the process is generally not put to any other use.

There are methods, however, that successfully prevent the release of CO2 into the atmosphere, which markedly improves the carbon footprint of hydrogen produced from natural gas. These methods include the storage of CO2 in e.g. depleted underground gas fields (carbon capture and storage, or CCS for short), or the utilisation of CO2 by the industry (carbon capture and utilisation, or CCU for short). Another technique to produce hydrogen from natural gas is called pyrolysis, where carbon is present in solid form – rather than in the gaseous form of CO2 – and can be used for industrial processes.

Water electrolysis is a completely carbon-neutral way to produce hydrogen. This electro-chemical process is called power-to-gas and uses wind and solar energy for the production of hydrogen from electricity and water. This type of hydrogen, which is produced from renewable sources, offers huge potential for climate protection in an energy system that relies increasingly on renewable energies.

Where is hydrogen used? 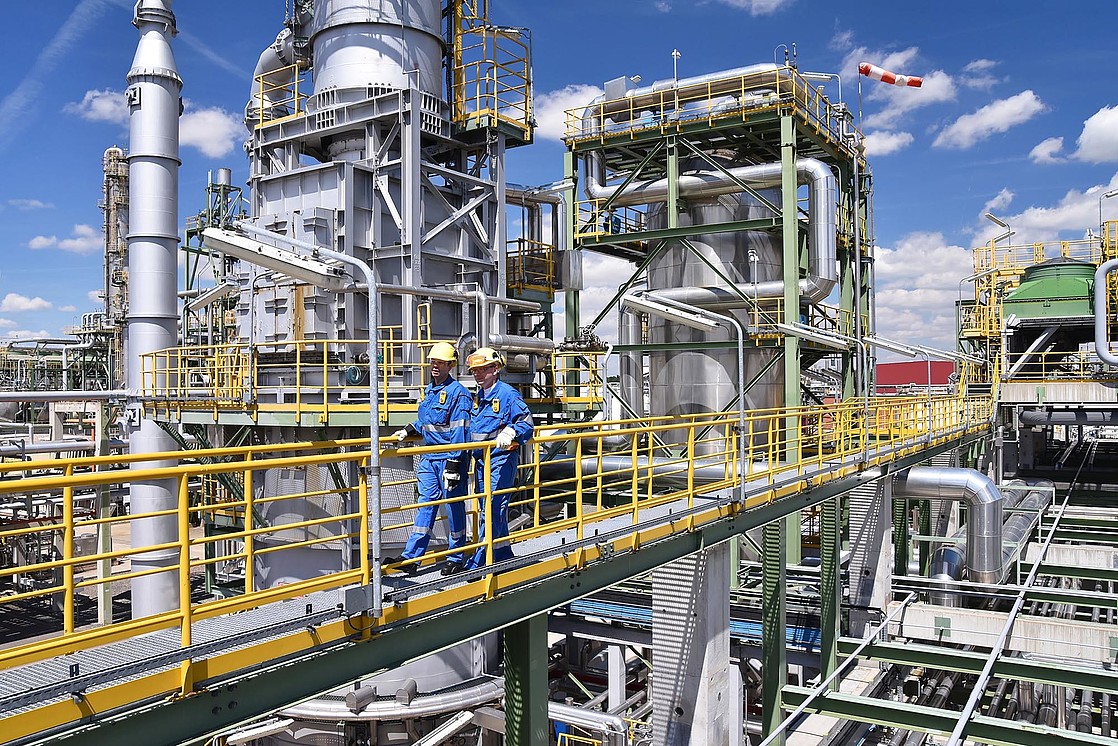 Hydrogen is mainly used by the industry to produce e. g. ammonia or petroleum-based products (petrol, Diesel, kerosene); it also plays an important role in the production of steel. Additionally, hydrogen is used as a fuel for cars, trains or ships equipped with a fuel cell drive, and as a rocket fuel.

Hydrogen furthermore offers promising potential for use in fuel cell heating systems. These highly efficient heating devices are special in that they produce heat and power at the same time thanks to cogeneration (CHP). A chemical process in the fuel cell encourages hydrogen and oxygen to react with one another.

How safe is hydrogen? 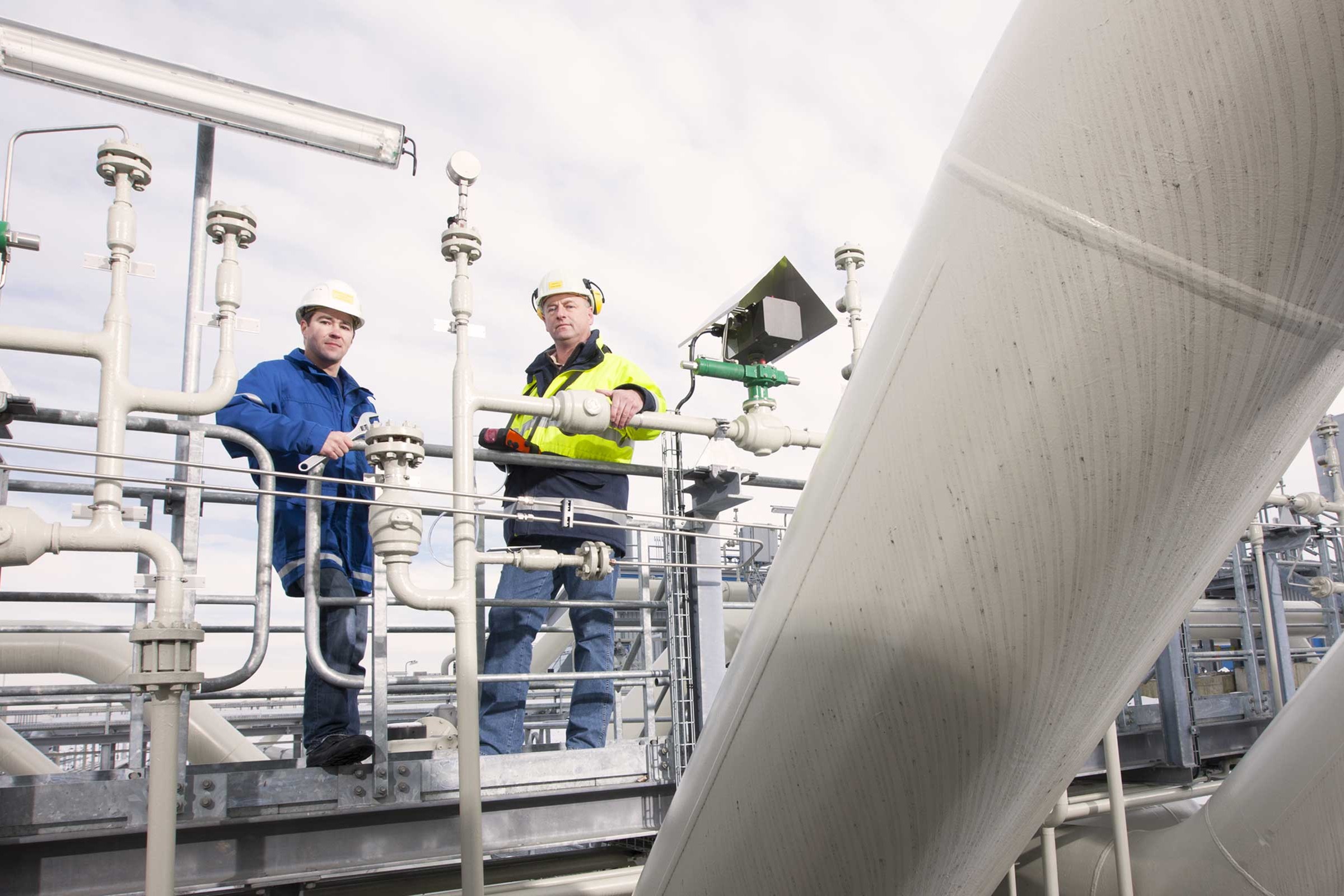 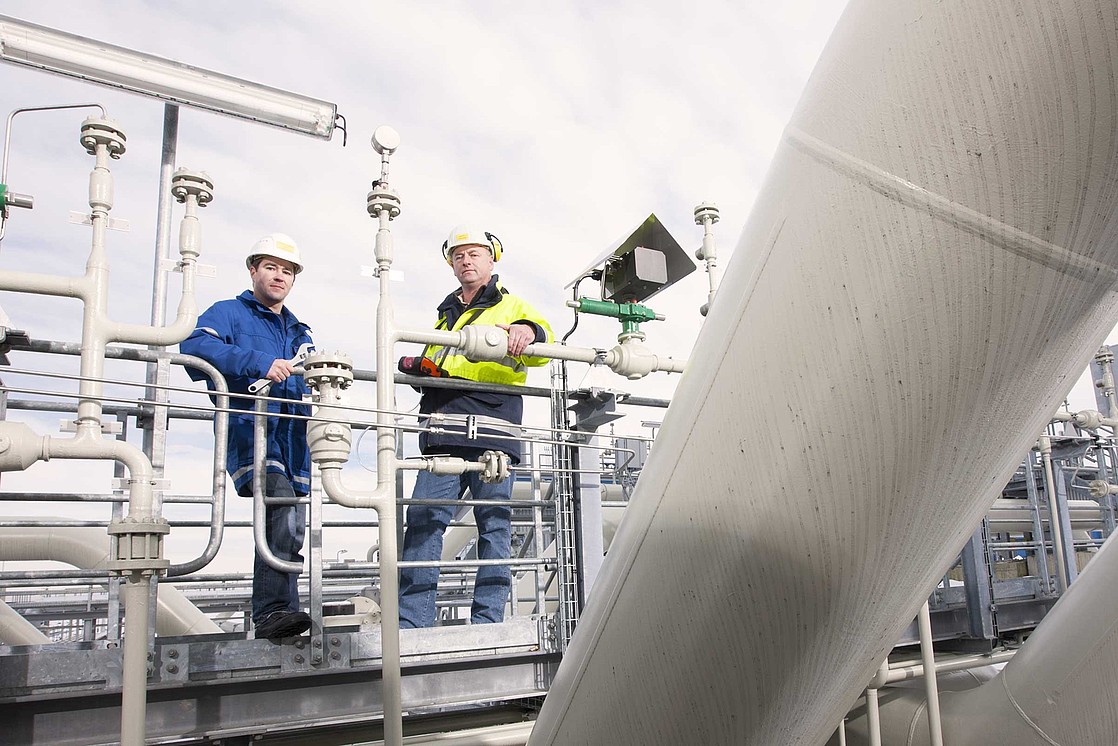 Handling hydrogen is no more hazardous than handling other energy carriers. Hydrogen has a low density and is commonly stored in gaseous form under very high pressure, or in liquid form at low temperatures.

Hydrogen has been used safely for a long time in a wide range of applications. Thanks to the available long-term empirical data, the hazard associated with its use is extremely low. For many decades, the DVGW-Regelwerk (DVGW Set of Rules) has been a reliable source of efficient best practice solutions that offer a maximum of safety. Based on field-oriented research, the DVGW is continually working on the Technical Rules with the objective being to make it possible to inject higher amounts of hydrogen into the gas infrastructure than has hitherto been the case and maintain the strict safety standards at the same time.

How much green hydrogen is available? The potential for domestically generating renewable gases (green hydrogen, synthetic methane, biomethane) amounts to a total of approximately 414 TWh or half the current volume of natural gas sales in Germany. However, Germany will have to import energy on a large scale also in a decarbonised world in order to meet demand. Importing green energy – e. g. renewable hydrogen – from sunny climes offers opportunities for an environmentally friendly technology transfer to other regions in the world and make it possible to produce the required amounts of CO2-neutral or CO2-free hydrogen.

Both the climate goals and the statutory targets to cut CO2 emissions can only be achieved by using the gas infrastructure in combination with power-to-gas at an industrial scale. Storing renewable energy carriers in the form of green gases such as hydrogen, for instance, and making them available across all sectors are Germany’s best contributions to achieve greenhouse gas neutrality. 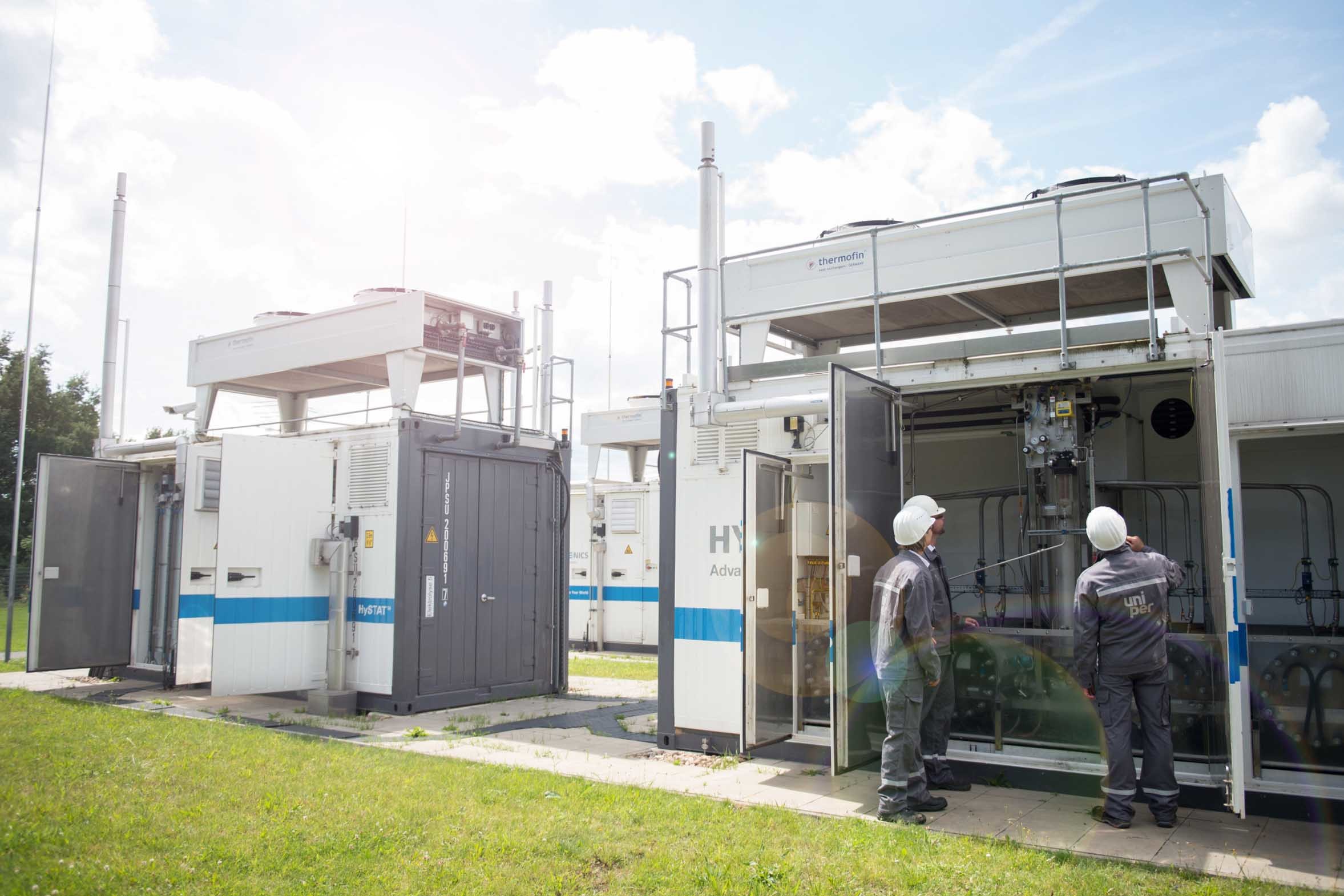 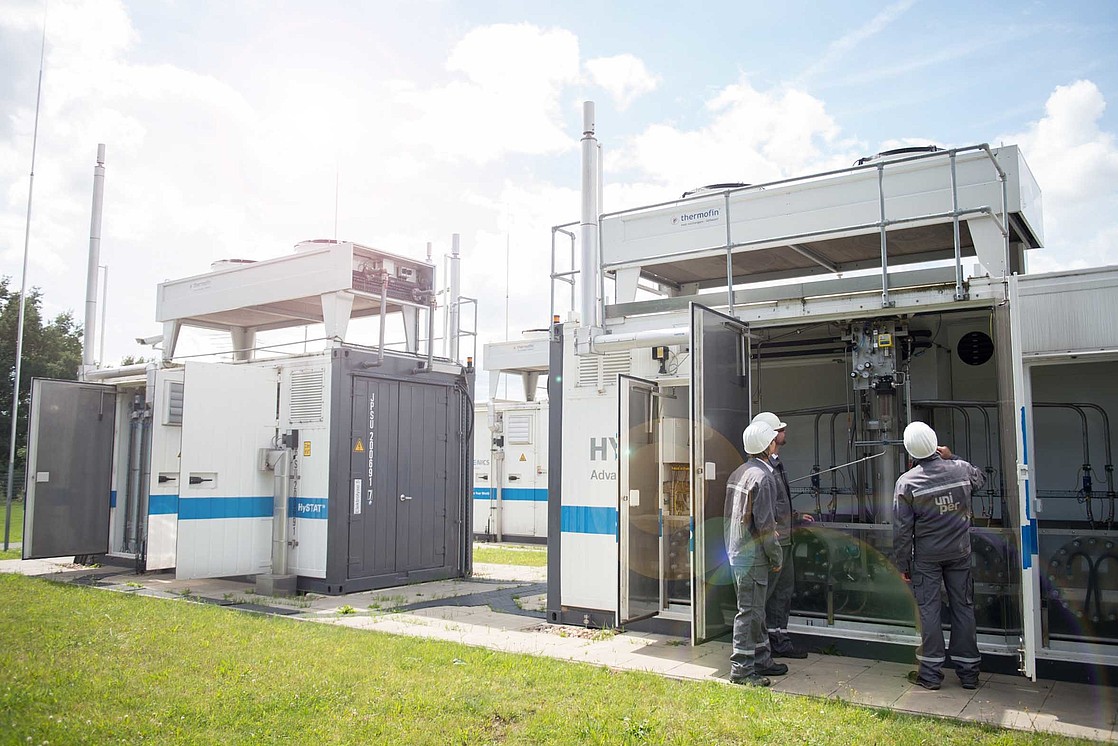 Hydrogen can also be produced by water electrolysis. No CO2 will be emitted if the electricity required for electrolysis is generated from renewables. Power from wind and solar energy can thus be converted to gas. Power-to-gas is the most promising technology for producing environmentally friendly hydrogen, as the only by-product of the electrolysis process is pure oxygen, which is environmentally harmless. Another advantage is that hydrogen can be produced wherever water and power made from renewables are available.

In a second step, hydrogen can be converted to methane (CH4). The synthetic methane produced in this way is chemically identical with natural gas and can therefore be injected into the gas grid without any problems and in almost unlimited quantities. Methanation is, however, an additional conversion step that should be considered only where pure hydrogen cannot be utilised. Both hydrogen and synthetic methane produced from hydrogen permit the profitable use of the excess electricity that has been generated.

There are currently 34 operative power-to-gas plants in operation in Germany, with a combined output of about 30MW. Most of them are small-scale pilot or demonstration projects that operate for research purposes. In Hamburg however, the first industrial-scale plant already provides green hydrogen through a production capacity of 5MW via a refinery, and two former municipal test plants are now operating permanently. Other plants are being planned for all of Germany, including, for the first time, plants with a 100MW production capacity. Our power-to-gas map provides an overview of power-to-gas plants in Germany (German only).

In February 2019 the Federal Minister of Economy launched the "Real energy transition laboratories" ideas contest and recognised 20 projects that work on hydrogen technologies, power storage systems or energy-optimised neighbourhoods. Annual funding of EUR 100 million is made available from 2019 through 2022, with the objective being to help entrepreneurs and researchers test new technologies and business models under real-life conditions. Read on to find out more about the real energy transition labs, where DVGW institutes and members are actively involved. 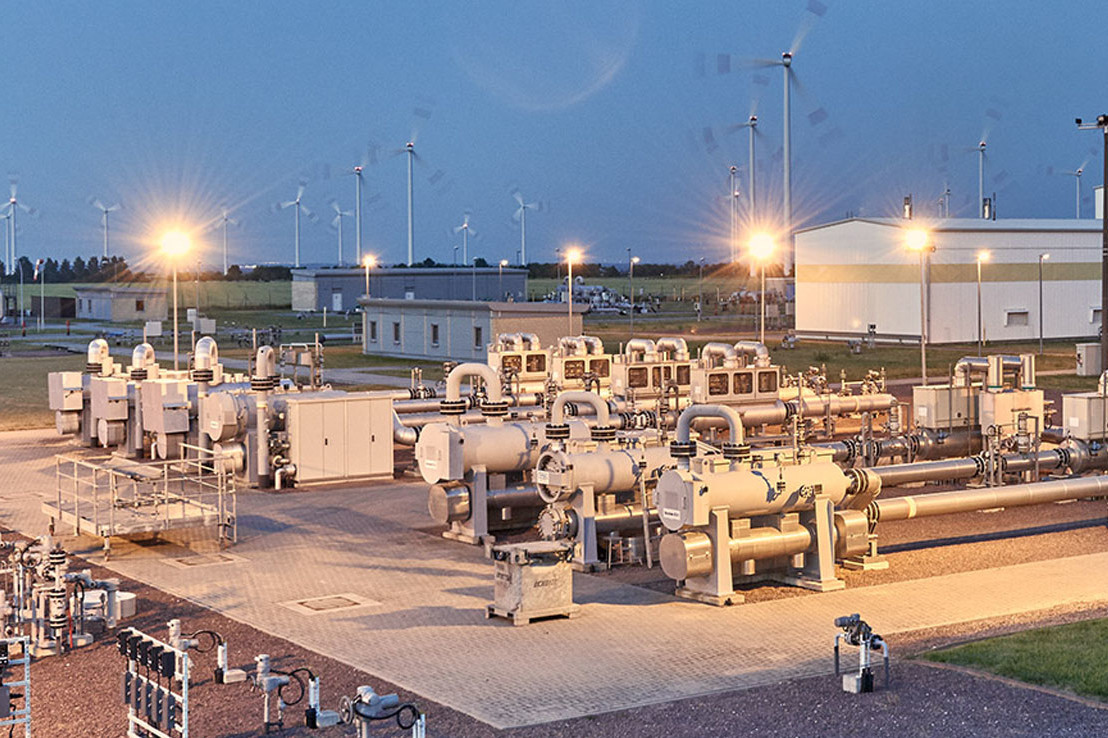 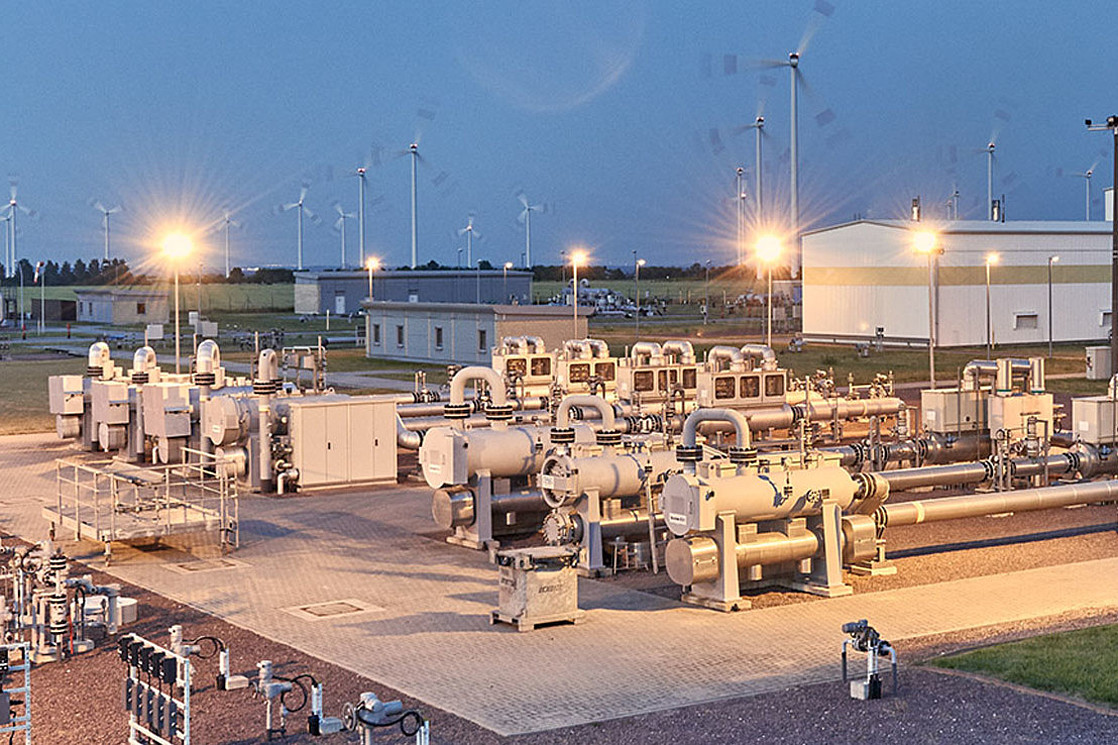 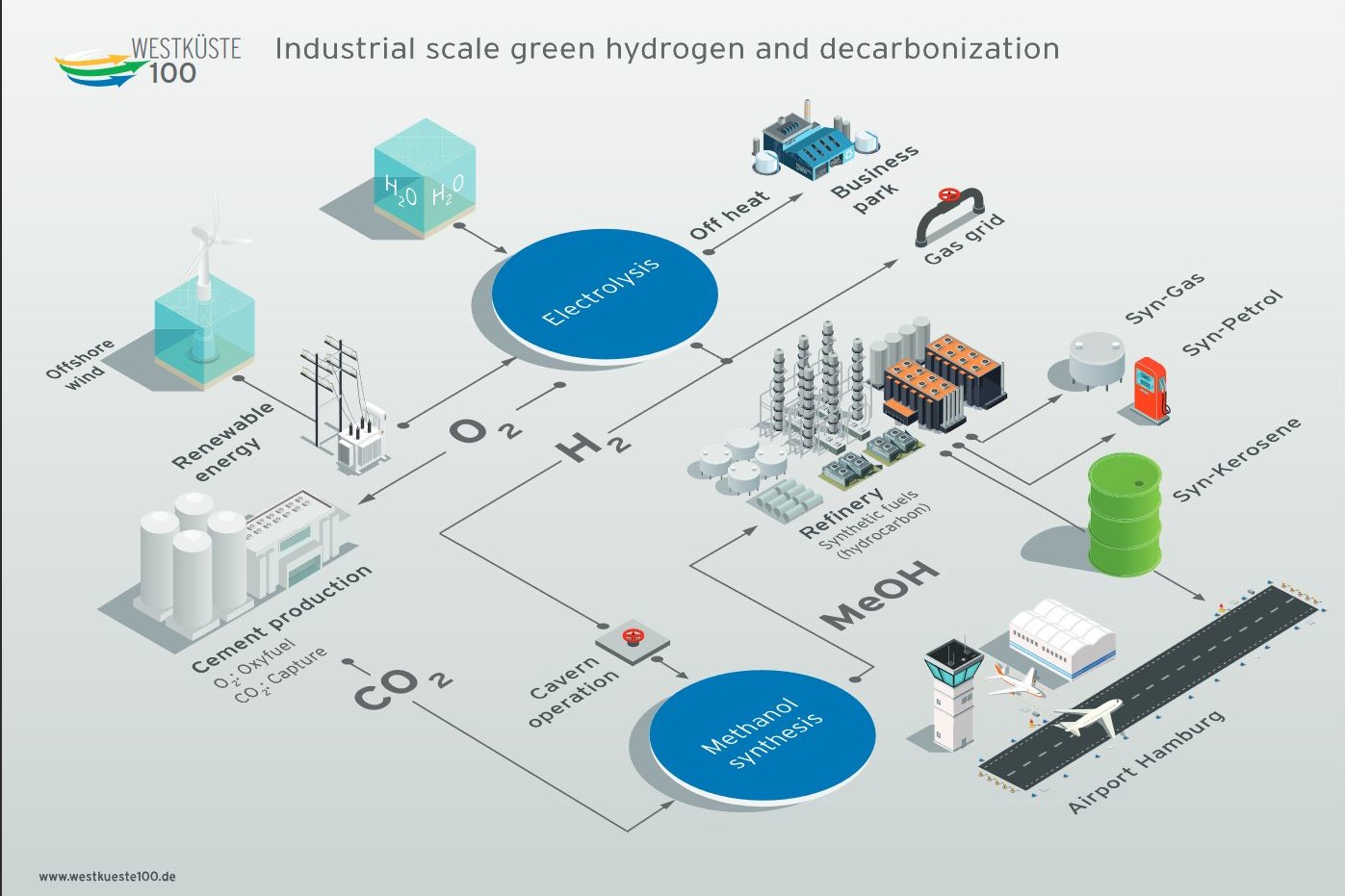 Green hydrogen and decarbonisation across all sectors 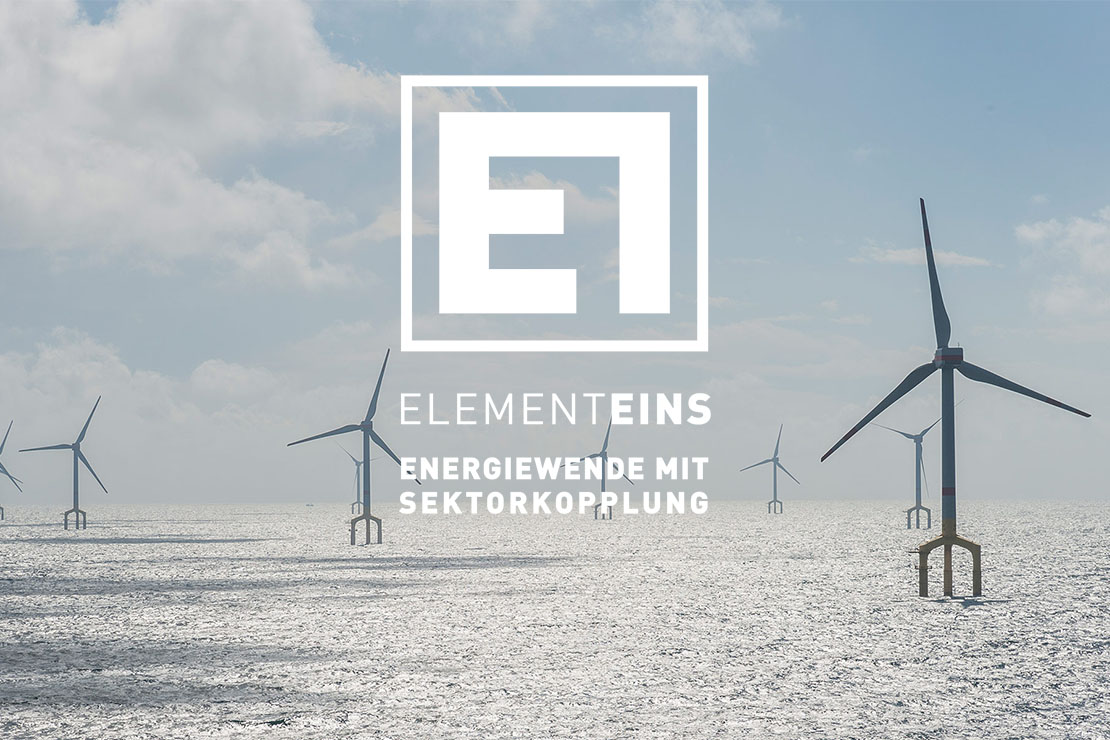 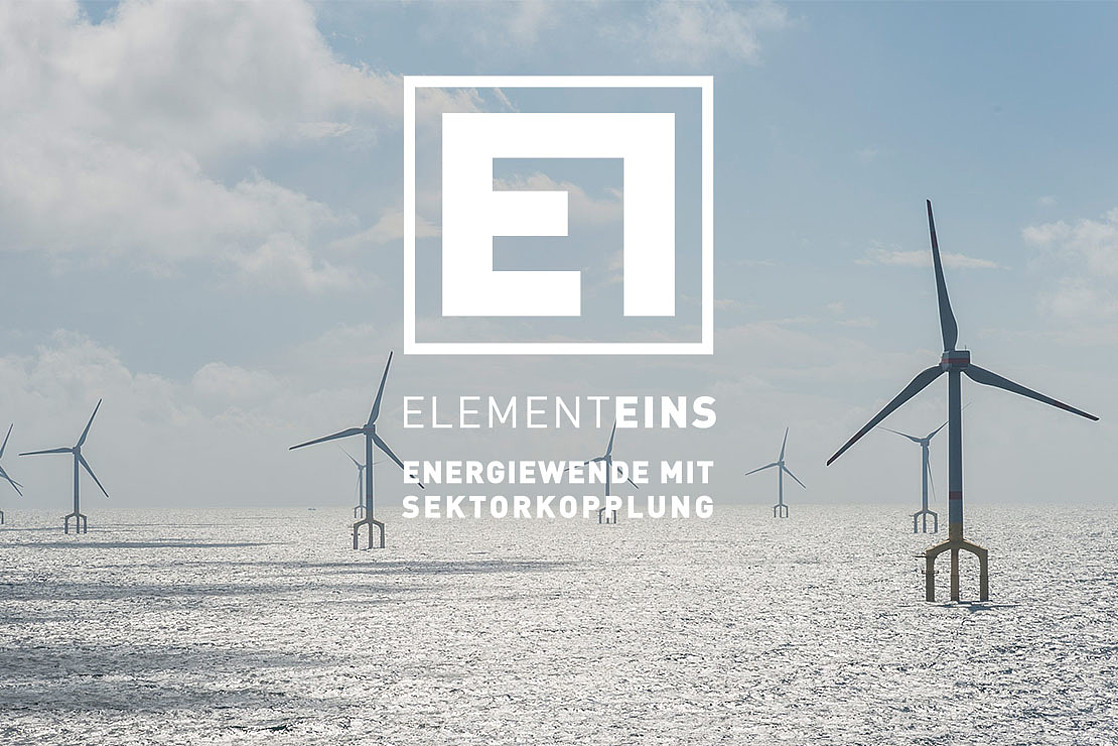 Coupling of power and gas on an industrial scale 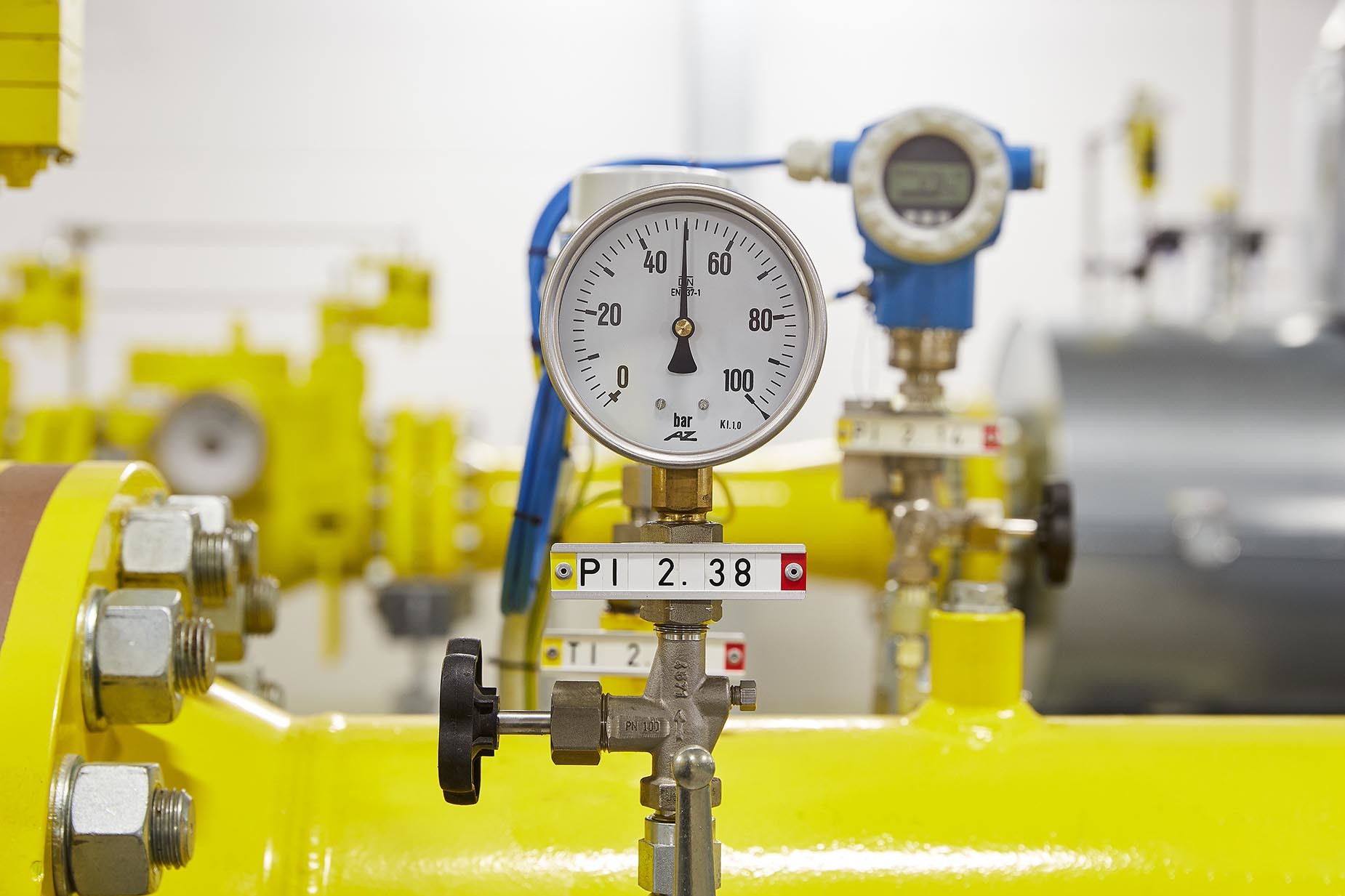 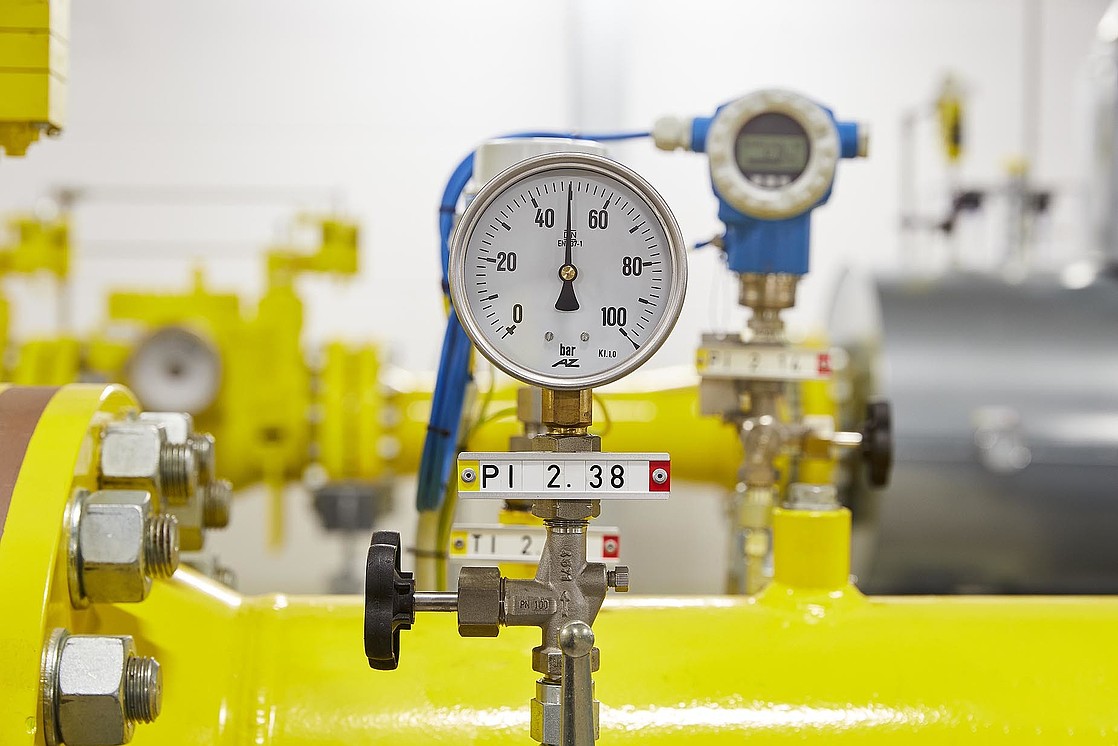 Hydrogen can be stored in a variety of ways, one of the most promising ones being to inject a hydrogen blend into the existing gas grid. Even today, the existing gas grid can accommodate blends as high as 10 percent hydrogen. A next step involves increasing this amount to 20 percent, while it is possible in the longer run to technically modify pipeline sections where supply meets demand so as to transmit 100 percent pure hydrogen.

Certain grid components, devices and systems that do not currently permit injecting higher levels of hydrogen into in the gas grid need to be modified to accommodate higher hydrogen blends. Even small variations in gas quality can negatively affect production processes and technologies especially at industry level.

The DVGW has already given the go-ahead for the ongoing focussed, broad development of its Technical Rules for the generation, injection, blending, transmission, distribution and storage of hydrogen in the natural gas infrastructure. Field-oriented research projects will contribute to finding solutions to hitherto unresolved issues. This will prepare the gas infrastructure for the gradual introduction of higher hydrogen blends without compromising the existing high safety standards.