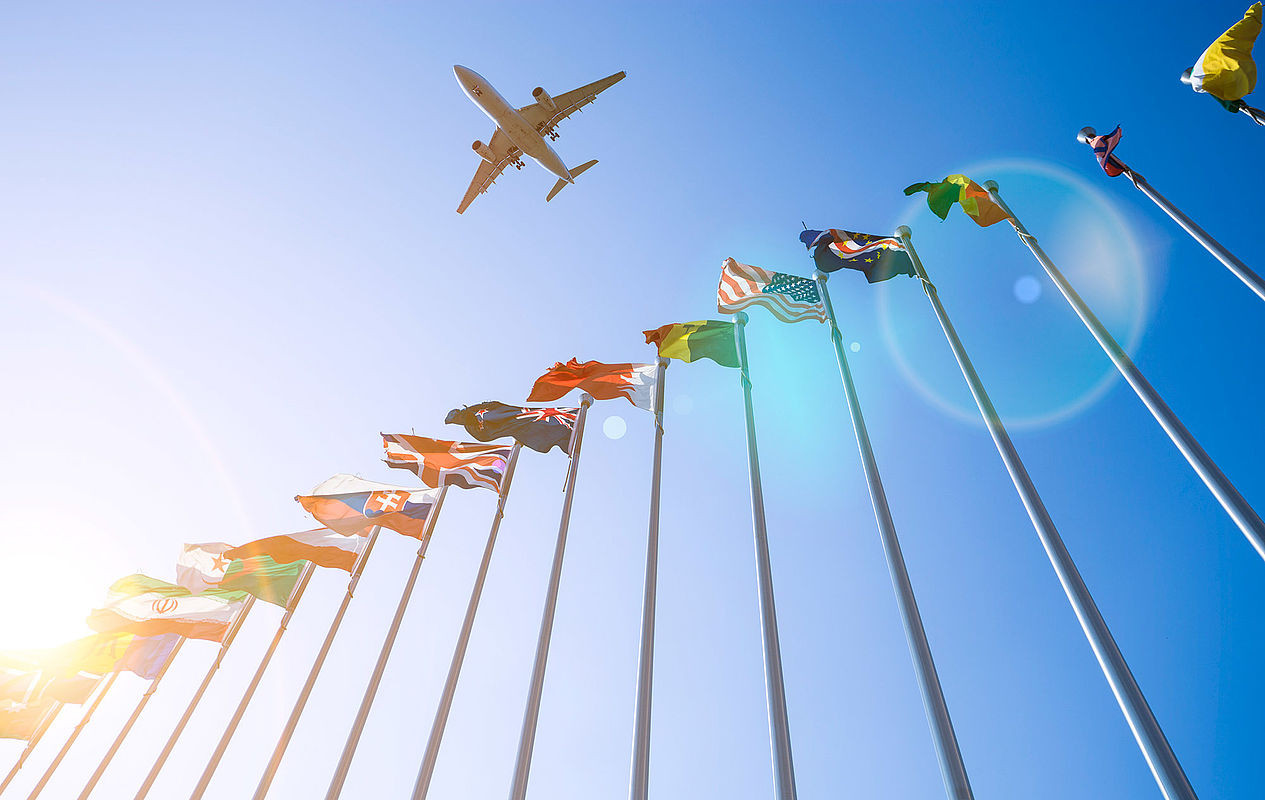 DVGW has always been firmly anchored in Europe and the world, and attaches great importance to its international commitment - be it in the field of standardization, research, know-how transfer or communication. Find out everything about our international memberships.

DVGW is a member of the following international boards and organisations:
CEOCOR (European Committee for the Study of Corrosion and Protection of Pipes and Pipelines Systems)
About CEOCOR

CEOCOR is an international scientific non-profit association.
CEOCOR brings together hundreds of specialists from:

The international exchange of experiences and technical know-how ensure the objectivity and the independence of CEOCOR activities.

EurEau represents the common interests of its members vis-à-vis the EU institutions and informs them of developments at European level. This ensures that members are able to deal appropriately with the opportunities and risks arising from EU policies and their national implementation. In addition, EurEau promotes the exchange of its members and thus the networking of international water management.

The International Gas Union (IGU) was founded in 1931 and registered as an international non-profit organisation in Vevey (Switzerland). The 152 members of IGU are associations and companies in the gas industry from 90 countries. The DVGW is a founding and full member of the IGU and represents the German gas industry. In recent decades, DVGW has always supported one of the 11 IGU committees.

The IGU's task is to promote the technical and economic development of the gas industry, which is regarded as a central component of a global sustainable energy system. The organisational structure of the IGU covers all areas of the gas industry from exploration and production of natural gas, both onshore and offshore, gas transport and distribution as well as the use of gas. Every three years, IGU organizes the World Gas Congress (WGC), which is the largest international event in the gas industry. The DVGW has so far organised three IGU world gas congresses (Hamburg 1967, Munich 1985, Berlin 1991).

The International Water Association (IWA) was founded in September 1999 from the merger of the International Association of Water Quality (IAWQ) and the International Water Supply Association (IWSA). It sees itself as a worldwide association of all water specialists and has set itself the goal of promoting science and practice in the entire water sector. In contrast to the DVGW and the DWA (Deutsche Vereinigung für Wasserwirtschaft, Abwasser und Abfall - German Association for Water Management, Sewage and Waste), the IWA does not pursue its own regulatory activities. IWA is a non-profit organisation based in London. In Germany, the interests are bundled by a separate national committee and represented in the IWA. As part of its international commitment, DVGW is a full member of the IWA.

Since the merger of the two predecessor organisations, IWA has also been increasingly active in the immediate political environment in order to defend the interests of safe and sustainable water supply and wastewater disposal with appropriate vigour. In view of 1.1 billion people without access to safe drinking water, 2.4 billion people with no orderly sanitation and 2 billion people, mainly children who die each year from diseases caused by contaminated water, the importance of IWA's commitment and the need to work in the political arena in addition to professional exchanges becomes clear.

IWA's main activities include regular conferences, of which the two-yearly World Water Congress, the Leading Edge conference series and special theme conferences are the most important. Regular publications within the scope of periodicals, the member magazine The Source and a newsletter complete the IWA's range of services. In addition, a large number of IWA members work in working groups dedicated to specific issues from the entire water sector.

MARCOGAZ is the representative body of the European Gas Industry on all technical issues.

Its' aim is to monitor and take influence when needed on European technical regulation, standardisation and certification with respect to integrity and safety of pipeline systems, equipment, and the rational use of energy.

The Natural & Bio Gas Vehicle Association (NGVA Europe) is a European association dedicated to the use of natural and renewable gas as a fuel.

It represents the interests of industry to European decision-makers in order to create precise standards, fair rules and a level playing field.

DVGW Chief Executive Officer Prof. Dr. Gerald Linke is a member of the Executive Board of NGVA Europe. The DVGW has been an A-Level Member since 2016.

The DVGW is networked worldwide and thus promotes exchange in the energy and water sector.

DVGW has been setting standards for more than 150 years. DVGW standards provide a foundation for everyone working in the gas and water sectors.